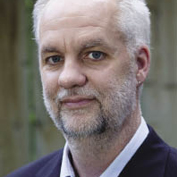 André Picard is currently on leave from The Globe and Mail , serving as the CIBC Scholar-in-residence at the Conference Board of Canada. The author of three best-selling books, Mr. Picard has received much acclaim for his writing and for his dedication to improving health care. In 2010, he was awarded the National Newspaper Award as Canada’s top newspaper columnist. Among his other accolades, Mr. Picard was honoured with the title of Public Health Hero by the Canadian Public. Health Association and Champion of Mental Health by the Canadian Alliance for Mental Illness and Mental Health. He also received the Outstanding Leadership in Cancer Control Prize from the Campaign to Control Cancer.