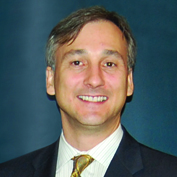 Mr. Lord is President and CEO of the Canadian Wireless Telecommunications Association. In 2007, he agreed to become a special advisor to the McGill University Health Centre’s Institute for Strategic Analysis and Innovation (MUHC-ISAI). He also serves as director and advisor for several corporate and non-profit organizations and he is a member of the New Brunswick Law Society. He became one of Canada’s youngest premiers at the age of 33. In June 1999, he led the New Brunswick Progressive Conservative Party to one of its greatest victories. Mr. Lord won a second majority in 2003 and served as premier until October 2006. He was elected four times as the Member of the New Brunswick Legislative Assembly for the district of Moncton East. In 2007, Mr. Lord was awarded the Order of New Brunswick.