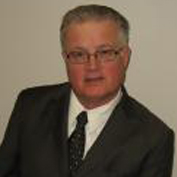 Professor of Strategic Management and Health Policy, University of Alberta

Donald J. Philippon, PhD, CHE, is Special Advisor to the Provost and Professor of Strategic Management and Health Policy, University of Alberta. From 1997 to 2004 he was Executive Director of Health Sciences responsible for Inter Professional initiatives among the six health science Faculties. Dr. Philippon also serves as Special Advisor to the Saskatchewan Academic Health Sciences Network through an agreement with the U of A. Prior to assuming his present responsibilities; Don held several senior positions in government and in the health care system. He left the position of Assistant Deputy Minister in Saskatchewan in 1987 to assume a similar position in Alberta.  From 1987 to 1994, Prof. Philippon served as Assistant, Associate and then Deputy Minister of Alberta Health, at the time when health reform was initiated in Alberta. He also chaired several inter provincial committees including the Conference of Deputy Ministers of Health. In late 1994, he assumed the position of Vice-President of the Referral Hospital System in the newly formed Capital Health Authority in Edmonton where he was responsible for the University, Royal Alexandra and Glenrose Hospitals.  From 1998 to 2001, he served as a consultant to assist with the transition of the blood system to Canadian Blood Services (CBS) and as the Executive Advisor, Government Relations. Prof. Philippon is a Certified Member of the College of Health Service Executives. Dr. Philippon’s areas of academic interest include International Health Systems, Leadership Development and Inter Professional Health Sciences Education. He is the co-chair of CHLnet and   a member of Policy and Research Advisory Committee for the Canadian College of Health Services Executives.