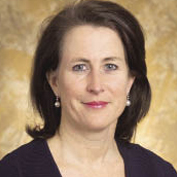 Ms. Helen Stevenson, MSc ICD.D, is Founder of Reformulary Group Inc., a company dedicated to helping manage prescription drug costs for employer drug plans. She is the former Assistant Deputy Minister of Health, and Executive Officer of Ontario Public Drug Programs from June 2007 to July 2010, responsible for the Province’s $4 billion publicly funded drug programs. In this role, she led the most significant reforms to the prescription drug system in Ontario in two decades, which became known as Bill 102, as well as a second set of trans-formational reforms to generic pricing and pharmacy reimbursement in Ontario. She is a Trustee of the Auto Sector Retiree Health Care Trust, and a Governor of the Board of North York General Hospital.