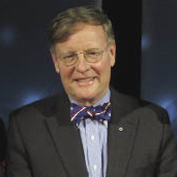 Jeffrey Simpson joined The Globe and Mail in 1974. He has won the Governor-General’s Award for nonfiction, the National Magazine Award for political writing, the National Newspaper Award for column writing and the Hyman Solomon Award for excellence in public policy journalism. In 2000, he became an Officer of the Order of Canada. Mr. Simpson has published eight books and numerous magazine articles, spoken at major conferences in Canada and abroad, been a regular contributor to English- and French-language television, and been a guest lecturer at Canadian, U.S. and U.K. universities. Mr. Simpson has been an Adjunct Professor at the Queen’s Institute of Policy Studies and The University of Ottawa Law School, and is now Senior Fellow at the University of Ottawa’s Graduate School of Public and International Affairs.