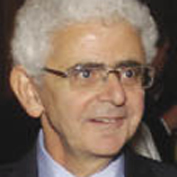 Mr. Joe Sardi is an electrical engineer who began his career with General Electric in 1968 and held a number of different positions before being appointed Country General Manager of GE Healthcare, Canada in 1986. He led the business for 22 years to a strong leadership position in the Canadian market. He was personally involved in driving the implementation of Six Sigma and Lean across GE Healthcare in Canada. Mr. Sardi retired in 2008 after 40 years with GE. Since his retirement from GE, he has been a Senior Consultant in Healthcare focusing on strategy development and execution for large infrastructure projects and the assessment and evaluation of new technologies for suitability in the Canadian healthcare environment.