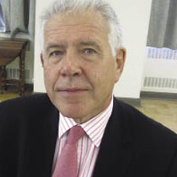 Sir Jonathan Michael is a graduate of St. Thomas’ Hospital Medical School in London, U.K. He was appointed Consultant Physician and Nephrologist at the Queen Elizabeth Hospital in Birmingham and became a Fellow of the Royal College of Physicians (London) in 1985. In the 1990s, Sir Jonathan was appointed Clinical Director, then Medical Director and finally Chief Executive of the University Hospitals Birmingham National Health Service (NHS) Trust. In 2000, he became Chief Executive of Guy’s and St Thomas’ Hospitals NHS Trust in London and led this organization to become one of the first Foundation Trusts in the NHS. Sir Jonathan has held a number of regional and national roles, including Chairman of the Board of NHS Innovations (London), Chairman of the Association of U.K. University Hospitals and Chairman of the Board of the NHS Foundation Trust Network. He was knighted in 2005 for services to the NHS. He served as Managing Director of BT Health between 2007 and 2010, before returning to the NHS as Chief Executive of the Oxford Radcliffe Hospitals NHS Trust.