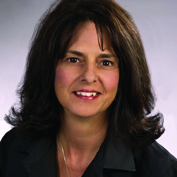 Ms. Lise Fournel joined Air Canada in 1979 in the Operational Research Department. She became Manager, Customer Relations, Computer and Systems Services Branch in 1983 and, over the next 10 years, worked in areas such as Strategic and Tactical Planning, and Pricing and Yield Management. Ms. Fournel was appointed Vice President, Information Technology and CIO, then Senior Vice-President Commercial in 1999. In 2000, she became Executive Vice-President, Commercial and, in 2001, was appointed President of Destina, an Air Canada subsidiary that is responsible for all e-commerce initiatives and development of the aircanada.com and destina.ca Web sites.