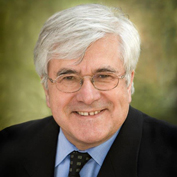 Michel Bureau, MD, FRCPC, trained in medicine (Université Laval), neonatology and respiratory medicine (McGill University and Strasbourg), is an academic and clinical leader, and senior bureaucrat in the Quebec health system. Between 1988 and 1996, he was a clinician, professor and researcher, serving as Director of Respiratory Medicine at the Montreal Children’s Hospital and Dean of the Faculty of Medicine of the University of Sherbrooke. He was President and CEO of the Fonds de recherche en santé du Québec from 1996 to 2013. In 2003, he was appointed Director general of academic medicine and health services at the Minsitère de la Santé et des Services sociaux, where he was one of nine directors responsible for the organization of medical services: mental health, emergency, cancer, medical manpower, and coordination of the network of academic health centres. He left this position in 2011. Between 2011 and 2015, he was given a number of important mandates by successive health ministers, including the government’s suit against tobacco companies, the reorganization of the province’s laboratories, the modernization of clinical and administrative practices in a number of large hospitals, and dealing with hospital deficits. In December 2015, the Council of Ministers appointed him Associate Deputy Minister to help the Minister of Health and Social Services with the implementation of reforms.