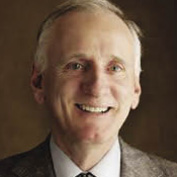 Mr. Michel Clair, a lawyer, was a member of the National Assembly of Québec from 1976 to 1985, where he served as Minister of Revenue, Minister of Transport, President of the Treasury Board and Minister of Natural Resources, among other responsibilities. After leaving government, Mr. Clair was appointed to the Board of Directors of Hydro Québec, then President and CEO of Hydro Québec International. In 2000, he assumed the role of Chair of the Québec Commission on Health and Social Services, which submitted its report to government in 2001. Recommendations from the Commission continue to serve as a reference point for public and private decision-makers. He assumed his current role as President and CEO of Groupe Sedna in 2001. Mr. Clair is also Chair of the Board of Directors of the Groupe Champlain Inc, Villa Medica Inc and Accès Services Santé GSS Inc.