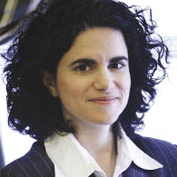 Antonia Maioni was previously Director of the McGill Institute for the Study of Canada. A multilingual Montreal native, Professor Maioni studied at the Université Laval, the Norman Paterson School of International Affairs at Carleton University and Northwestern University (Chicago). She has held visiting appointments at Harvard and Duke universities in the U.S. and at the European University Institute in Italy. Professor Maioni has published widely in the field of Canadian and comparative politics, with a particular focus on health policy. She is the author of Parting at the crossroads: The emergence of health insurance in the United States and Canada (Princeton: Princeton University Press, 1998). She comments extensively on Canadian and Québec politics and health care in both French- and English-language media across Canada.